Alec Baldwin was divorced from which Oscar-winning actress in 2001?

A computer and its monitor weigh a total of 48 pounds. If the monitor weighs twice as much as the computer, how much does each piece of hardware weigh?

What was Elvis Presley’s middle name?

You are in a room that has three switches and a closed door. The switches control three light bulbs on the other side of the door. Once you open the door, you may never touch the switches again. How can you definitively tell which switch is connected to each of the light bulbs?

Which actor was not in the 1983 movie “The Outsiders”?

The ages of a father and a son add up to 55. The father’s age is the son’s age reversed. How old are they?

These birds are excellent parents and can find their way back to their nest from 1,300 miles away. 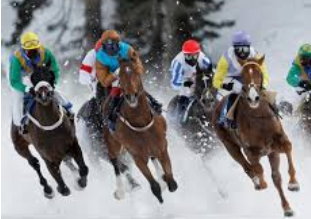 A sultan wanted to offer his daughter in marriage to the candidate whose horse would win the race. However, the rules of the race stated that the winner would be the one in last place. He didn’t want the race to last forever, so he thought of a way to solve this. What was it? *answer is very clever, discuss with family and friends then check answer!*

The sultan made each candidate ride another candidate’s horse. Each one would, of course, try to come in first place, because in that way the owner of the horse that a particular candidate was riding would lose the race.